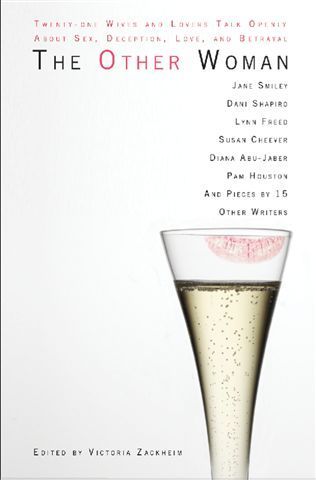 The Other Woman: Twenty-One Wives, Lovers, and Others Talk Openly About Sex, Deception, Love, and Betrayal

Featured on The Today Show, in "People" and "O Magazine".


I was born of parents decades older than they. Big Hands and Thin Red became my idealized mom and dad. Big Hands was energetic and the only man in the family who resembled a modern person. He was a renegade type and moved faster than my father and just about everyone else. Red was larger than life in her cashmere sweaters, pencil-thin skirts, patent leather high-heel shoes, large diamond ring, and a well-made-up face that included Channel-red lipstick. A non-filtered Camel cigarette often rested between her fingers. In a family of women who wore oversized clothing with flowered prints, she became a movie star and they called her Maureen, after the actress with the last name of O’Hara. I called her Red.

Of all the children in the family, I was the only one with red hair. Surrounded by brunettes and dyed blondes, when I looked at Red, I felt connected in a way that was unique to what I saw around me. We were linked by color and I wanted to be just like her.